All You Need to Know About Exterior Window Film 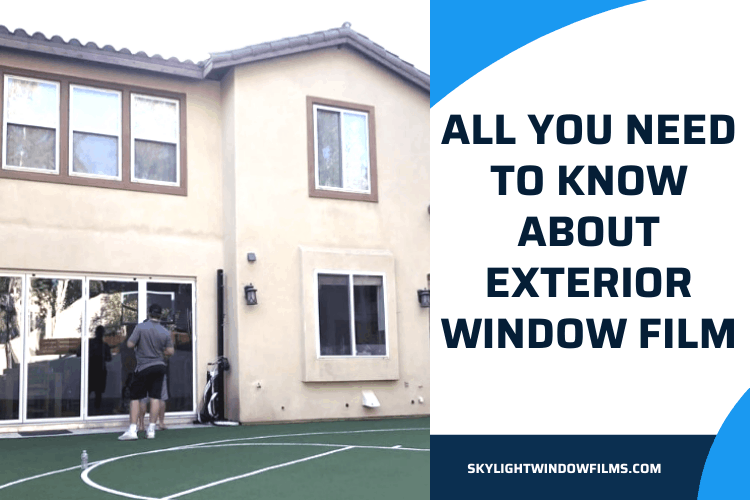 Window Tint Inside or Outside?

If you install window tint inside, furniture and other things on the house will hinder the resistance. Moreover, the light and heat touch the exterior part first, making the exterior window film better suited for outside windows. An outer film has better longevity, resistant coating, etc.  An outside window tint usually lasts for five to seven years, which is more like an investment.

That is why it is necessary that you consider the facts and conditions before choosing the right outer film for your window.

Whether home or office buildings, an outer window film for the outside is getting more and more popular because of its increased efficiency. Though you don’t get as many fancy options in exterior weatherable window films, the outer window films’ shades and colors are the same as the interior films. Usually, people choose the most basic colored ones like silver, bronze, or natural color.

Security films, anti-graffiti films are getting widely used in both commercial spaces as well as for homes. Some of the outer films also come with increased heat and light-reflecting features and also minimizes damages.

Some of the exterior films are designed to hold the pieces of the glass in case of an accident. If anyone walks into the window glass or breaks it, the film holds the pieces of glass together to minimize the damage.

Again, some are better at reflecting heat and light away. Cause the traditional films sometimes can not reflect the heat properly. It absorbs some of the heat radiations, and thus the glass temperature rises. So,  the indoor get warmer and uncomfortable for the people to live in. but in the case of exterior window films, if it absorbs heat inside the films, it releases in the cool air keeping the indoor cooler and protecting the glass of the window.

You get different options and varieties in exterior films. Manufacturers are more oriented in making these films durable and resisting temperature, scratches, etc. These films are very efficient in heat resistance, glare control, UV protection, etc. Many of the window films now come with scratch-resistant coating.

The Advantages of Exterior Window Tint:

Installing tint on the outside of the window can get you a lot of benefits than applying it inside.

exterior portions of the glass are easy to access for easier installation. Exterior windows can easily be installed in all kinds of windows. Better accessibilities and features have made the tints on the outside of the window a suitable option than interior ones.

As exterior window tints are always exposed to the outside, it requires better and quality design. Superior materials, advanced manufacturing, more extended warranties, easy instruction of installation techniques have made exterior window film a better investment than other traditional films.

Formerly longevity was the prime concern of the consumers for buying exterior window films. With time, manufacturers have finally overcome this issue, ensuring longevity and durability, advanced resistance technology, and so more.

Day by day, new advanced features and technologies are added with exterior window films to satisfy the consumers to the fullest.

Along with other things, it is very crucial that the glass of the windows doesn’t take the damage of heat, light, etc. The purpose of the window film is to keep the glass in better condition for the longer term.

Exterior window films have made it possible to attain improved performance and aesthetics of glass. If you are planning to install re-imaging, outer window films would be a viable option for that.

You can get someone to install your window films or do it yourself by going through the installation guide. It comes with detailed instructions so you can easily follow them and apply them on your own. You can check out your window installer company and ask if they can help you to install the window films as well.

If you are planning to do it on your own, there are fewer things that you need to keep in mind, like the size of your window, the cutting or trimming method, going through the manual thoroughly.

Usually, it would be best to cut the films at least half-inch larger than your window size to cover up the windowpane. But the requirements may vary for different products.

After cutting the window film right, spritz water in the windowpane and stick the film to the desired place, removing the backing. Water makes it easier for you to position your film to the right area of the window.

While positioning it, make sure the film sticks freely, without any bubbles trapped inside it. Repeat the process while it is entirely flat. And then, you can trim the additional edges to give it a fine finishing.

Some of the window films come with extra coatings that keep them fresh looking for years.

Most people confuse themselves with the question is window tint on the inside or outside going to be a better option. I have tried to clear the confusion about installing an exterior window film in this article. Hopefully, it has covered up your queries about whether the window tint inside or outside is suitable for you or not. Numerous sites can help you to find the right exterior window films.

All You Need to Know About Exterior Window Film 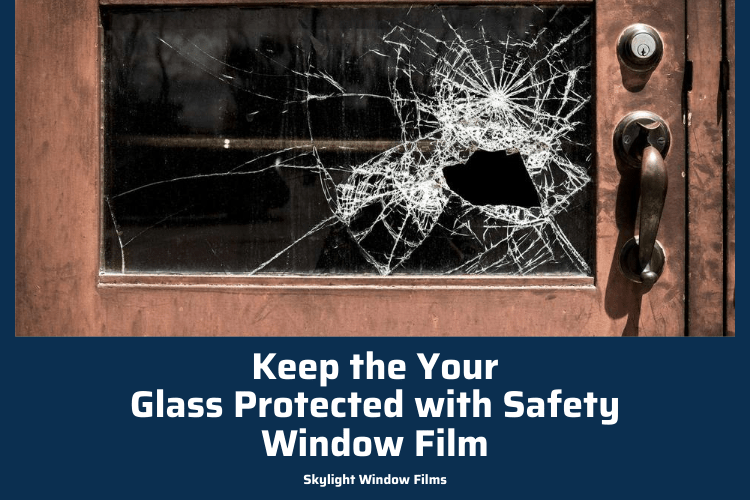 Keep the Your Glass Protected with Safety Window Film 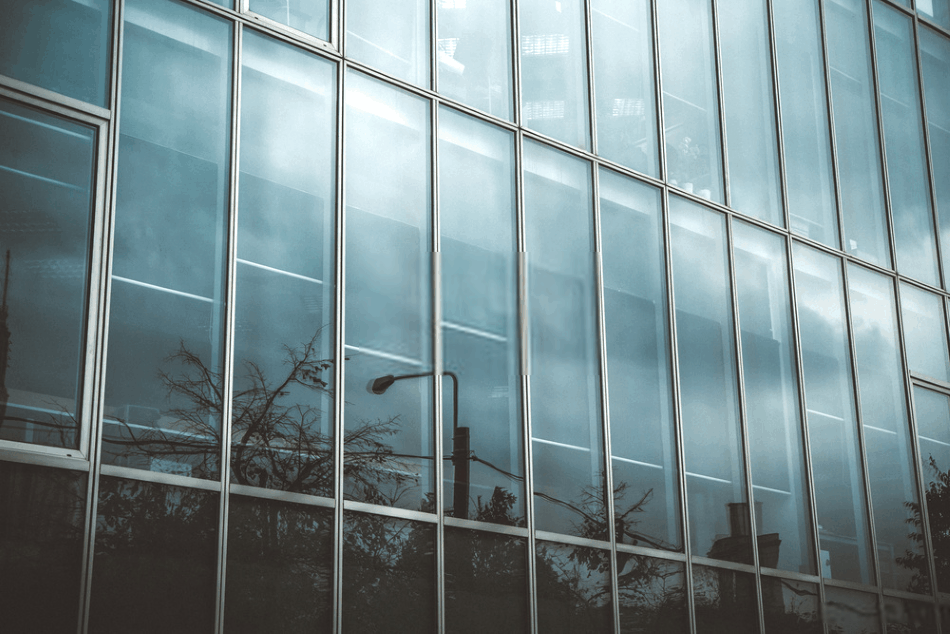 Why Use Commercial Window Tinting?

Get yourself a free quote!

At Skylight Window Films, everything we do from top to bottom is of the highest quality to ensure total customer satisfaction.

A Company You Can Trust